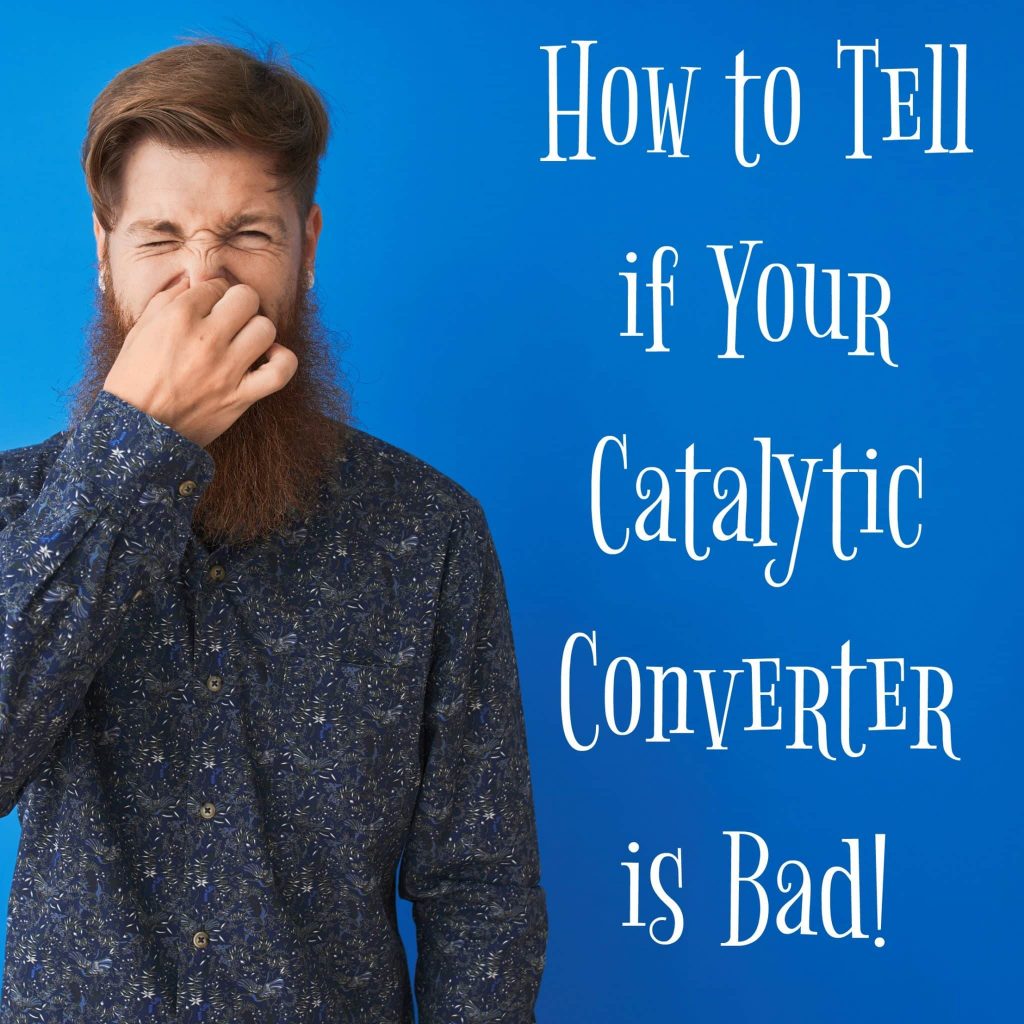 “What’s that wretched smell?” Have you ever finished driving your vehicle and noticed the acrid scent of rotten eggs? If so, pay attention, this is often the first and most common sign that your catalytic converter is starting to fail.

Catalytic converters have been standard on vehicles since the mid-1970s. It was then that people had become more concerned with the effect that automobiles were having on the environment and took action to control it. The catalytic converter is an essential part of your vehicle’s emissions control system, filtering out pollutants that are created through the combustion process. Catalytic converters are a very sturdy part of the vehicle, and they will usually last for the duration of its life. For that reason, most people are unsure of what to look for when a catalytic converter goes bad, even though they have been a vehicle standard for nearly 40 years.

Catalytic converters break down gases that go unburned during the combustion process. Carbon monoxide, nitric oxide, and unburned hydrocarbons can all cause smog and are toxic to humans. When you start your vehicle, these poisonous gases are pushed through the internal structure of the catalytic converter. The catalysts are around 800 degrees Fahrenheit and convert these gases into elements that are safer for humans like carbon dioxide, oxygen and water.

How Can You Tell If Your Catalytic Converter is Going Bad?

As we stated above, a catalytic converter will usually last for the entire life of your vehicle. However, nothing is perfect, and there is a small chance that you will experience catalytic converter failure. If that should happen, you will notice some, if not all the following symptoms:

If you notice any of these symptoms, get in touch with us right away to schedule an appointment to have your catalytic converter tested.

Why Do Catalytic Converters Fail?

Lots of mileage and old age is the most common reason a catalytic converter will fail. Often you will find it has simply become clogged. It is possible it can become so clogged that no exhaust can get through to reach the muffler and escape the vehicle. If exhaust cannot escape, there is a chance that it can harm the engine and lead to engine failure.

Problems with other parts of the vehicle such as worn spark plugs, a weak ignition system, worn piston rings or a head gasket leak can also lead to catalytic converter failure.

Often the first signs of catalytic converter failure are the sulfuric, rotten egg smell and the check engine light coming on. Never ignore these signs. If it should fail again shortly after a replacement, the problem is likely being caused by a separate part of the vehicle. If that issue should go unresolved, the catalytic converter will continue failing. We cannot stress the importance of regular preventative maintenance enough for the health and longevity of your vehicle and all its parts.

If you suspect there is a problem with your catalytic converter, we can help. The repair specialists at Meridian Automotive provide complete automotive repair in Meridian, Idaho, for most cars, light trucks, and SUV’s. Call us today (208) 888-3797 or schedule an appointment online.